Does Exorcism have a place in the Pagan Community? 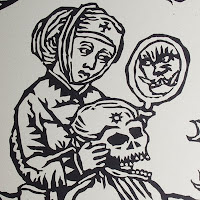 According to the Catholic Church, there are not enough Priests who have the ability to preform exorcisms. Because of this the nation's Bishops are holding a two day conference on how to conduct them. Starting Saturday more than 50 Bishops and 60 Priests gathered together to learn both the liturgy and traditions associated with the rite. This news has brought up quite a few questions in the "newly Pagan" and non-Pagan community about exorcism, the practice, the need and it's use both in and out of the Christian belief system.

While I am no expert on the subject, especially from a Christian perspective, I do understand the basics and have even been present for a very basic rite. Exorcism is generally the removal of energy or beings from either a space or person. Now, most of us have the picture of Linda Blair spitting green in our minds the moment the word is used, but this is really nothing but a very "Hollywood-ized" version of a worst case scenario.

In most cases, exorcism is in fact used to remove negative energy or entities, but the reality is only on the rarest occasion anywhere nearly as violent or dramatic as popular media would like you to believe. As with the majority of spiritual realities Hollywood & popular media do their best to find the most out of this world case, stretch & twist the truth so that it's barely recognizable and then they say "based on a true story" and call it entertainment...  Is it fun to watch? Oh, yeah! But is it worth developing realistic beliefs around? Never! The problem is with subjects of this nature, the ONLY exposure most people get is through these very unrealistic sources... This tends to lead to more than a few mislead persons!

So, is exorcism even recognized in the Pagan community? Well, yes and no. Exorcism has been used throughout just about every belief system history has held... However, because of those same misconceptions I touched on earlier, many Pagans equate Exorcism with Catholicism and a belief in the Devil, neither of which are of course a part of their beliefs. So when the subject or thought does come up, it's usually dismissed just as easily as the idea of Baptism. That does not however override the very obvious fact that Exorcism does have it's place in the majority of Pagan communities.

It is worth noting that, yes, most exorcisms are used to rid either persons or places of negativity. And it's fairly easy to see why... Obviously people are more ready to rid themselves of negativity than they are of peaceful or even positive energies. However, technically the removal of ANY energy or spirit-being from either a place or a person through the use of religious rite or ritual is in fact exorcism.

While I won't be getting in to all the "how-to" information here, I feel there are some important facts that do need to be touched on. First of all, like ANY religious or spiritual rites or rituals it's important to have all the proper information and facts PRIOR to attempting to do one yourself. If you don't have access to someone who has done one in the past, at least contact someone who can walk you through it, and if you feel the situation could be dangerous - usually because of extremely negative energies - look for other options FIRST.  Secondly, exorcism is NOT usually needed! In fact they are only really needed for extreme cases, usually just a general area cleansing or simple grounding is enough to create the changes desired.

There are in fact documented cases throughout the vast majority of early civilizations... Today, many "native" or tribal religions still have the practice, as do some better known world religions including Hinduism, and of course Christianity. The practice has fallen off in most present day faiths, but in the rare occasion that it's needed, it is still used. For today's Pagans the idea seems odd, but again, that's because the vast majority have bought in to popular propaganda.

So when is exorcism actually needed? Well, the simplest answer is when all other attempts to rid yourself of a strong negative (or positive) energy source have failed. I would fair to guess the majority of these are needed because inexperienced persons open themselves up for spirit possession without the proper knowledge or understanding of how to handle the situation or what they are actually opening themselves up for. However, there are of course those cases where persons were simply unaware of the possibility of possession and of so were both ill-prepared and unable to deal with the situation once it took place. Of course most possessions are in fact not dangerous, but any time we open ourselves up to outside energies or beings we take that risk... This is the number one reason I tend to simply advise against doing advanced occult rituals or playing possessive games without the understanding and experience needed.

Many Pagans don't buy in to the idea or belief of "Demons," labeling it a "Christian Notion." However, again, there is just as much documentation of such beings outside the Christian belief system as there is within it. While I will go in to greater detail about Demons in further posts, it's safe to say that whatever you call them, even most Pagans will agree that there are spirit beings out there who feed off of our energies and who will and occasionally can cause harm to persons. Should this happen, the first step should be a cleansing and grounding. IF that yields no benefits, exorcism may be worth looking in to.

Through the use of Spiritual or Religious Rites and Rituals an experienced Priest or Priestess (or for that matter anyone with the strength and experience) can force the negative energies out by forcing positive energies IN. It takes strength, endurance and above all experience... But it DOES in fact have a place in the Pagan community!