At one time, everyone used Cloth Diapers, there were no other options. In the 1950's the first disposables 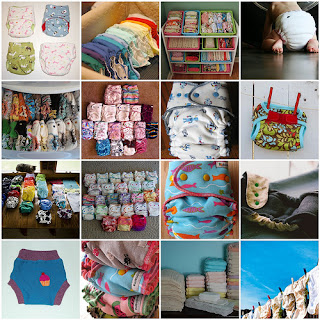 were introduced, but were "luxury" items. However, the idea of disposables became much more popular as the price lowered and parents looked for "better" ways of doing things. As a result cloth diapering became something that not everyone did. Eventually it became thought of as more work for less benefit.

When I had my oldest child I didn't see the value or the health benefits to cloth. I didn't believe I would EVER spend $500 in disposables and figured it would be spend over time so it would hurt less. And of course I believed they were going to be SOO much more work and "gross." Oh, how naive I was! Chances are, at least at one point, you yourself could have (or still can) list a ton of reasons why Cloth simply isn't for you. Hopefully though, you are at least willing to get all the facts before you decide to make a permanent choice.

Cloth diapers have come a long way from rubber pants and diaper pins. Today, there are so many styles and choices I could start listing now and not finish for a week! Of course the old options are still available, but there are many many others as well! From simple all-in-ones (AIOs) to prefolds with wraps, there are tons of choices to keep your baby covered.

There are many benefits of cloth diapering. Here are some: