Ask A Pagan: Wicca and Paganism, What's the diff? 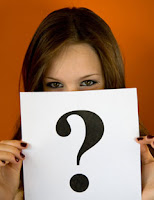 Q:  Is there a difference between Wiccan and Pagan? And what is it if so?

A:  I get this question a good bit. Most people are familiar with Wicca as a religion, but when someone claims Paganism as their faith things are a little foggier. But in reality it's really easy to understand. I like to explain it this way... Paganism is to Wicca what Christianity is to Catholicism.  In other words, ALL Wiccans are Pagan, but not all Pagans are Wiccan.

Wicca is a single branch of the Pagan tree. And the branch of Wicca is then broken up in to different sects as well.  However, each of these branches are based on the same basic beliefs of Wicca.  They each have the same basic understandings of the world, the universe and energy. And they each tend to have the same or similar traditions.

Paganism holds within it literally hundreds of religious pathways. Each of these can be similar or completely different from each other. Wicca is but one of these branches. Others include, but are far from limited to, Norse Paganism (Asatru), Celtic Paganism or Druidism, Shamanism, as well as all types of Native American, African, Asian and other belief systems, and variations on each... The list truly is endless!

So, while the term Pagan can be used to describe any number of a thousand or more different religious paths, Wicca is a title used to describe one of these paths.  All Wiccans will follow at least the most basic beliefs of the Wiccan religion. Yet the only thing that Pagans need have in common with one another is that they do not follow Islam, Judaism or Christianity - although SOME Christo-Pagans, Jewish-Mystics or Sufis (Islamic Pagans) do combine both Abrahamic and Pagan beliefs.