The Worlds View Of Paganism and How To Change Them

Many people in the Pagan community remain in the "Broom Closet." Even going as far as to not tell their own friends and families about their true beliefs. I even knew a Pagan woman who continued to sing in her former churches choir simply so no one would know where her true beliefs lay. These people fear ridicule, loss of relationships, harassment, and sometimes even physical harm. Unfortunately their fears are not unwarranted!

Many people still react to words such as Pagan and Witch in negative ways. They still cling to the middle aged beliefs that Pagans sacrifice babies and that Witches are in league with the devil. Terms such as Wiccan or New Aged tend not to draw on the same reactions mostly because these terms are newer representations and don't have the same history as words like Pagan. However, I have heard terms such as "immature," "childish," and even "ignorant" when outsiders are reacting to terms such as Wiccan.

But why is this? Why do people in a world with so many Pagans, Wiccans and Witches have these misguided fears or beliefs? Well, there are a number of reasons. The first and most widespread is that people simply don't understand what these terms really mean. When a loved one says "I'm Pagan" people picture orgies and blood sacrifices to Satan. When they say "I'm Wiccan" people get this picture of some 1960's throwback, tree hugging, non-shaving eco-terrorist who wants to change society. With images like this being conjured who can blame them for not supporting their friends, family and neighbors who hold these beliefs. Just like if you felt your love one was joining a cult, you would want to step in and say something, out of concern. So these people feel the same way. They don't understand that Pagans are not dangerous or evil. They don't understand that Wiccans or Witches aren't out to hurt anyone or to reject society. 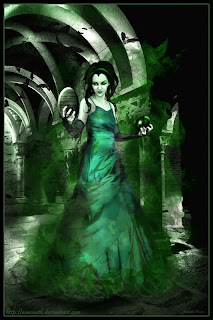 The second reason is that they are mislead mostly by their religious leaders and the overly evil depictions of Pagans and Witches through popular media. OR they believe their loved one to be mislead by similar influences. When you have the idea of the "Evil Witch" pounded in to your head through everything from horror films to bible camp to the Smurfs it's hard to change your thinking. Many Christians look to their Bibles for answers and guidance in their lives, and this isn't a bad thing. BUT, many of them take what they read at face value rather than being willing to explore the reality behind what they are reading. Because of this when they read a scripture stating "Thou shalt not suffer a witch to live" they don't try to understand that there is a big difference between a "witch" then and a "witch" today. In fact the word used is better translated to "sorceress" than to "witch." But, mistranslated or not, many Christians see this as a direct commandment to kill witches. So it's easy to see how having a loved one claim to be a Witch and having such a belief could be quite the internal conflict.

The third reason is, unfortunately, the only Pagans, Wiccans or Witches you hear of are the "crazies." The lady that claimed she didn't have to obey the speed limit because she's a witch OR the guy who was taking money for spells OR that kid who killed his girlfriends parents because he was a "vampire." All of these people, truely Pagan or not, are the examples that those outside the Pagan community are seeing. If the only examples of Christians you saw were criminals or mentally ill chances are you wouldn't want one living next door. And the same can be said of those who are only seeing these examples of Pagans.

I don't blame those who distrust Pagans, Wiccans, Witches or the like. With all these factors compounding one on top another, how could anyone have a positive view of us? I don't think I would either if I were one of them.  BUT, the truth is Pagans are generally, good and decent people. Most live by the idea that if they cause harm they will only harm themselves... And who with that belief would actively harm themselves? Not me, I know that!

So, the question I have to pose to you today is this, HOW do we alter this view? Well, one main way is to make even more positive waves in this world as we do negative ones. For every "crazie" out there, for every negative portrayal, for every over zealous preacher, we need to have five or ten positive examples out there, unfortunately we do not!  In recent months I have been searching for Pagan based Charities. However, of the TWO that I have found neither are currently functional. As I drive down the street I see signs stating "This road adopted by *insert Christian group*". And as I look for children's groups I find large nationwide groups like the Boy Scouts which are in fact Christian based...

If you didn't know anything about Christians and these were the examples you were seeing - Charities, Children & Family Services and Activities, Volunteer Groups and other seemingly positive examples and groups you certainly would feel as if these people are blessings to the community and the world as a whole. Well, I say we need to be doing the same! You don't have to give all your time or money, nor do you need to scream your beliefs from the roof. But, for those of you who are open with your beliefs, be active, take initiative to donate your time, used clothes and extra food, organize a clothing drive or collect money, even start a charity of your own. Have a business? Charitable donations are great tax deductions and make a statement about the owner! BE SEEN! And moreover, be seen being good!

More than anything, live by example! Do people know you're a pagan? Then they should also know you're the kind of person who wants to make the world better, not just for yourself but for everyone. Don't have time or money to do good with? That's okay, get involved with a charity that you can do part time, make a point to recycle and live as waste free and green as possible. You could even just hang flyers for a local food kitchen or offer to deliver food if someone else collects it... The little things make a HUGE difference when lots of people ban together... Remember, a million $1 bills is still One Million Dollars! 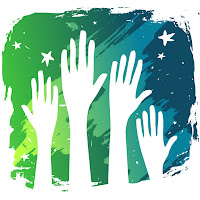 My final suggestion is find local Pagan groups and contribute to their charity activities. Most Circles, Covens, and Events at the very least have collections for local Good Will organizations. Not only do I make a point to give to these organizations, but I make a point to collect for them. what I mean by this is I ask my friends and family if they have anything they can donate, and I make a point to let them know I'm going to "Pagan Pride Day" (or whatever event it is) and that I would like to donate to their clothing or food drive... This not only shows them MY actions as a Pagan for the community, but that the group as a whole is doing it's part. The other "little" thing I have done is make it known openly that these groups and events have charity opportunities available. For example, our local news Station has a Facebook, so when I hear of opportunties for people to give I always make sure to post it there, even if it's not from a Pagan organization. Again, it's one of those - Be seen being good - moments...

Anyone can help positively influence how others see us. It takes minimal effort but makes maximum impact when we all ban together. And the best part is it eases the pain and burden that so many are living with...