So you want to be a Paranormal Investigator? 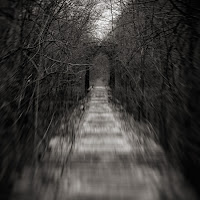 Over the past few years there has been an explosion of "Paranormal Investigative" shows and videos come out. The interest this has raised in the general public is without question higher now than it has ever been in the past. I personally find many of these shows to be very entertaining, my husband and I watch them a good bit. However, because of the experiences I have doing investigations myself, and my own education about subjects such as spirits, ghosts, demons, angels, energy, hauntings and so forth I tend to see as much fiction in these shows as I do possible fact.

Please do not take this to mean I don't believe some of these people are experiencing things of a paranormal nature, because I don't see it as impossible. However, I tend to see many of these shows as to quick to jump to a paranormal explanation rather than willing to look for a more mundane answer to what they are feeling, seeing or hearing. But since many of these shows take place in places where activity is documented over a number of years from a large number of people, it's understandable that there very easily could be actual experiences by some of these people. SO I don't generally discount them as frauds, but at the same time, I don't like to simply accept everything these people claim as paranormal to be such.

As I touched on I do have some experience doing investigation, I did some with a local group and a few on my own. Now, none of what I ever did was nearly as "professional" as what you'll see on these shows. We didn't have $10,000 cameras or audio equipment, but what we did have saw enough to give us a basic understanding of what was going on in these places (usually homes) which we were investigating. The basic tools needed for any investigation as a simply "dollar store" flash light, an audio recorder, and some form of video recorder. Beyond that, there are some great things like night vision cameras, EMF detectors and whatnot which can be used, but they are far from necessities.

Your first goal as an investigator is not to be a "Ghost Hunter" but to be a "Ghost Buster." There is an old saying of "If you go looking for trouble, you just might find it." And the same can be said for the paranormal. When we start out looking to find paranormal, it's easy to find it, even when there is nothing there... Your first goal is to debunk, it's only after all mundane explanations have been explored and dis-proven should a paranormal answer be explored.

Now, why do I say this? Why can't we simply explain things as paranormal without ruling out other possibilities? Well, it's fairly simple. Any good investigation rules out all possible answers before deciding on one as fact. When people jump to paranormal explanations over the mundane, it tends to induce fear rather than understanding. As an investigator it's your job to find truth, and answers rather than to reinforce fear and misunderstandings.

The majority of those looking for investigators help are those who are living with experiences they can't explain. It could be those in homes or work environments they feel are "haunted" or it could be those who are trying to disprove the beliefs or stories they have encountered since becoming involved with a place. Either way, you'll find the majority of places have more normal than paranormal to them.

For example of the most common "paranormal" complaints is foot steps being heard, yet, the sound of footsteps is easily explained in most situations simply by taking a look at the building itself. Older homes and buildings have a tendency to "settle" at night as the temperature lowers and activity in the home slows down. Those which are close to a busy road, railway or highway have to absorb vibrations all day and need a chance to settle so they don't break apart... In fact if you're seeing damage to the foundation of the building or cracks forming in the walls there is a good chance the house is not sitting on a very sturdy foundation and could be shifting, which will produced creeks and pops in the house which easily sound like footsteps... If steps are being heard above the floor you are on or "coming from the attic" mice or birds should be looked in to. If all these very normal things are ruled out, then there is the possibility of a more paranormal explanation...

Examples like this can be listed over and over... Because of this you'll want to make a point to look for things such as rodents, birds, insects, drafts from outside and of course things like settling property or buildings FIRST...

Now, there are obviously experiences which are not and can not be explained by the "normal." Many times things such as voices, moving objects, energy balls and of course personal experiences are impossible to prove one way or another as normal or paranormal because they tend to be one time things. However, that doesn't mean they should automatically be discredited either. There is simply no such thing as a black and white answer; a Yes or No, when it comes to the paranormal. And while it may seem easy to simply list these things as to fantastic to be true, or to say "There is no proof so it didn't happen" the entire point of being a Paranormal investigator is to take the experiences of others and try to give them some kind of answer. My advice is even if you can not give someone a flat out yes or no - NEVER discredit someone experience as real. NEVER!  While there are those who will try to give you truly fantastic stories, the vast majority of those who are willing to share their stories simply want to share.

One thing however that does need to be taken in to account is that emotion expands experience... That means that when we are frightened, when people are emotional, they tend to see things as "larger" or scarier than they truly are. Crime investigators see this all the time with eye witnesses to crimes and Monster Investigators see this as well. Someone witnessing a violent crime for example, is more likely to see the perpetrator as taller, stronger or more powerful than they actually are, this is why eye witness accounts simply aren't as trustworthy as detectives wish they were...  Nothing changes when we are talking paranormal over normal.

Now, at the same time, while you should never discredit someone's experience you also can't allow it to interfere with your own experiences. Looking back to those shows I was talking about in the beginning, we see this kind of thing happening A LOT! They tend to start the show out by gathering stories from those who already have experiences, and then, throughout the show, you'll hear or see them doing their best to prove these experiences. When they do hear a voice or they do see something, they automatically jump to "Remember what Jimmy said? He said this guy did this..." and they just assume they are experiencing the same thing rather than trying to have their own experiences. I call this the "14 year old girl sleep over affect." If you ever were a 14 year old girl at a sleep over watching ghost stories, you know exactly why I call it that. They spend hours getting themselves all riled up and guessing and hoping what they will see and experience, and then when they get in there, they hear and see things which comply with those hopes - really, a large part of it is in their head...  It's nearly impossible to prove or disprove the experiences of others, especially when those things happened long before we got there. They do make for interesting points and serve as a good way to determine where you may have your own experiences, but beyond that they need to be largely ignored during your investigation.

In an effort to best be able to explain what you do or may experience it's very important that you have at least a basic understanding of hauntings, ghosts, energy, spirits and so on. This can be done easily by doing some research - just do yourself a favor and make sure you are doing this research through legitimate sources rather than random internet sites. You can also contact and preferably work with local paranormal groups to gain some experience before going out on your own. - And please note, when I say "on your own" I don't mean alone! NEVER attempt to do an investigation alone, the buddy system is always best when you are going to be in a place - any place haunted or not - where you are unfamiliar.

The last thing that I want to cover is respect. Again, going back to these shows, I am continually appalled at the basic lack of respect these so called Investigators have for the places and beings they encounter. Remember, regardless of whether or not you feel you are experiencing honest to goodness ghosts or other spirits, energies or other things you need to have at least a basic respect for them. Do NOT taunt or tease! Do NOT show anger or hostility! Sure, these actions will elicit more activity, but they also put you in possible danger and can endanger those who have to survive in this space on a day to day basis. Remember that many of the actual ghosts which are in these places are there because of negative or violent experiences, and just as you wouldn't want someone to come in to your home and speak to you as if you were less than worthy of respect, you shouldn't do it to them either. So even though it may be tempting to rile up the energies with angry words, violent imagery or by reenacting possible experiences that they may have had, these things should be generally avoided out of basic respect for them.