Are you a Real Pagan? 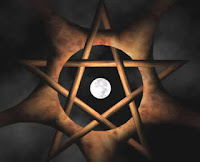 Okay, so this is coming out of the numerous posts and books I have read that seem to reinforce the idea that you have to follow a SET belief or live your life a SPECIFIC way in order to be a Real Pagan. I've seen some rather nasty comments lately on a few of my sites and in groups because they feel others aren't living a proper Pagan life. This idea seriously sickens me.

While there ARE set beliefs, teachings and traditions surrounding certain Pagan Traditions, Paganism as a whole is a very individualized belief system. Each of us has to follow our heart and there is no RIGHT or WRONG way to be a Pagan. In my opinion, that's what makes Paganism so wonderful.

IF you choose to belong to a specific tradition or to join a coven, it's important that you both agree with and follow their set beliefs and teachings, however, if you don't agree with them, you don't have to try and force yourself to believe that way, you can simply find a different path, or follow a solitary path. Solitary and Eclectic Pagans are by no means LESS of a Pagan or LESS than worthy of the title or Pagan than anyone in a coven, grove or group... They are simply on a different path.

I've heard some comments lately such as: "Real Pagans believe in One Goddess and One God," "Real Pagans don't eat meat" and "Real Pagans call the corners during ritual." Frankly, I would love to tell all those people "Real Pagans Don't Judge!" But then I would be right there with them...

Point is this... There is NO right or wrong, no black or white... Paganism is ALL about individualism and a relationship with the divine... Paganism is NOT a rule based organized religion or something which has to adhered to... You won't find any sacred texts or all powerful, rule setting hierarchy here, if that's what you want, you should rethink your religious choices!