Can you be BORN a Witch? 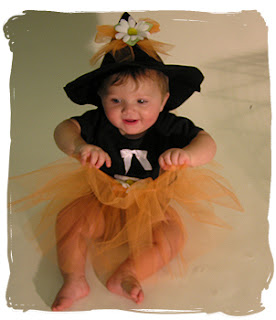 Hollywood tends to push the idea that you are either inherit being a witch from your family line, or that you become a witch by joining the devil or seeking out evil. And can I just say - "Wow, Hollywood, thanks for that! We can always use more misconceptions!"

I've covered more than once the fact that witches have nothing to do with evil and nothing to do with the Devil, since most Pagans don't believe in the Devil, there is really no point in going over all that again. For this reason I'm simply going to skip over that part and go directly to answering the question at hand: Can you be BORN a Witch?

The short answer is YES. While most Pagans will say No, you have to become a witch or Pagan by choice, the truth is that YES, some of us are born with a much stronger connection or ability to preform Magick than others. We all have the ability to access these connections and we all have the ability to preform Magick - BUT, we've all known at least one person who seemed to have a natural connection or even "unnatural" understanding. Some of us have gifts or abilities which seem to come naturally, while others can work and work to develop them and just can't seem to master it. We see these people as "special" or "gifted" and in a way, they are. These are what we consider to be Natural Witches or Born Witches.

While I can't speak for others, I can share my own experience which may help to make more sense of this matter. My mother is a Jehovah's Witness, because of this from the time I was a young child I was told over and over again there was only ONE God, no Goddess, no Magick, no Fairies and that my visions, dreams and other "gifts" were evil and demonic. While most small children blindly believe things like this when they are told them, because they have no reason not to. I on the other hand, simply KNEW beyond a doubt that there was something more than what I was taught...  Something more than what I was being taught. I had visions, and my dreams came to pass, unlike the dreams of my friends and family... I could see and hear entities and beings who my mother labeled as "demons," but I knew they weren't evil.  I had natural abilities to do things others couldn't, and simply wouldn't accept that they were evil. I had "memories" and beliefs which seemed to come from somewhere else, they were certainly not what I was being taught or what I was being exposed to. As a child we were not only not exposed to Pagan beliefs but were even sheltered from the beliefs of the general Christian population. Yet, I knew without doubt there was more, I understood ideas such as multiple Gods, multiple Goddesses, reincarnation.... I had dreams of people and places that I simply never could have had no possible understanding of...

I was BORN with these memories, these abilities, these understandings... I was BORN a witch, and more so, I was BORN to be Pagan.

Now, in no way does that mean that you HAVE to be born a witch, or that those who are are "better" or "more" of a witch than anyone else. The ability to connect with and use the energy in nature is something we all have. It's something anyone can access! Better yet, a natural connection in no way even means that someone will choose a path which embraces these gifts. Many do, but many others do not. Many are forced to suppress these abilities because of religious or cultural beliefs and understandings and many others simply ignore then as if they don't exist. If you are someone who has these natural inborn abilities you were BORN a witch... If you are someone who wasn't, you may need to work at gaining that connection a bit more. But in either case, you are, and always will be connected to the divine, connected to nature and connected to the energy which, when harnessed, gives us all the title of WITCH!