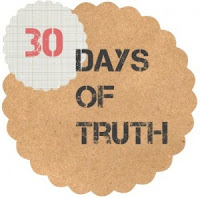 The reason you believe you're still alive today.

In general? Because I haven't died yet...  The long version, because I owe my life to someone I once loved!

When I was a teenager I attempted to take my life. The first time, I swallowed a bottle of pills, and got REALLY sick, but survived. The second time I tried to hang myself, but the rope broke...  I told a friend of mine that I was planning to do it again, she was supposed to help me get some better pills... But then she was to afraid that she was going to get in trouble and chickened out.. She found an old note I had written her and turned it in to our school guidance counselor who forced my mother to have me committed.

I planned to spend a few days in there, get the pills they were going to give me, and use those... But then, fate stepped in and I met someone that changed it all for me! His name was Jeremy, and he was in there because of some drug issues. All the therapy, drugs and bad hospital food couldn't do what he did. I know it sounds corny, and on some level I guess it is, but when you're 15 and feel like you aren't loved, and someone shows you you can be, it matters! He wasn't like any of the guys I'd been with before him. He was smart, kind, hansom, romantic and honest... Something like I had never met til then. Not only did he treat me like someone who deserved to be loved, but like someone who deserved to live...

We staid in contact for quite a few years after I got out, and dated for a while outside... But we lost touch about 8 years ago. I've tried (recently) to find him, but have yet to be able to. I would love for him to meet my husband and children! I owe them as much to him as I do anyone else. I honestly believe it was him that changed how I thought about me, and my life! I don't regret trying to kill myself, I wouldn't take it back for a second...  Because I met someone that showed me how to love!